In Ladybird class we celebrated the Royal Wedding. The children dressed up in red, white or blue: or wedding clothes. The children looked FANTASTIC!

In the afternoon the children made flags and completed an activity sheet.

After that the children decorated biscuits with blue icing and chocolate drops. These did not last very long as all the children thoroughly enjoyed eating them. There were no left overs!

A drummer came to visit Ladybird class. We listened to the rhythms and joined in playing drums made of recycled materials like baskets and tins. Sky said “I liked the music because it was fun! The tins were REALLY loud!” Num’an said “The shakers were saying funky junk.” Nafisa said, “The tins were saying let’s play the funky junk!”

The children in Ladybird class had the chance to play with the snow in the classroom.

They explored it using the magnifying glasses, made 'snow castles' and talked about what the snow felt like. The children also investigated ice that formed overnight in trays and plastic bottles.

In science the children have started to make a solar system using balloons and paper-mache. The children placed gluey newspaper on balloons to make each of the planets in the solar system. 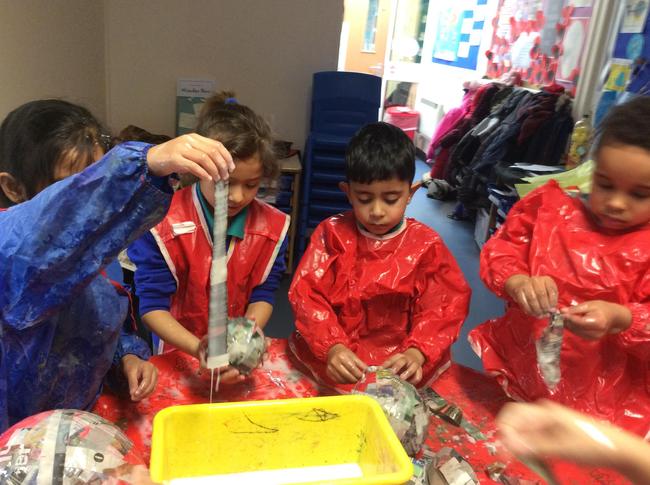 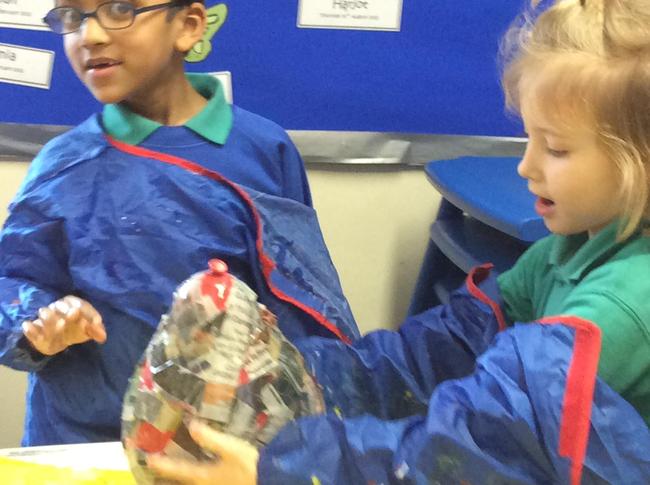 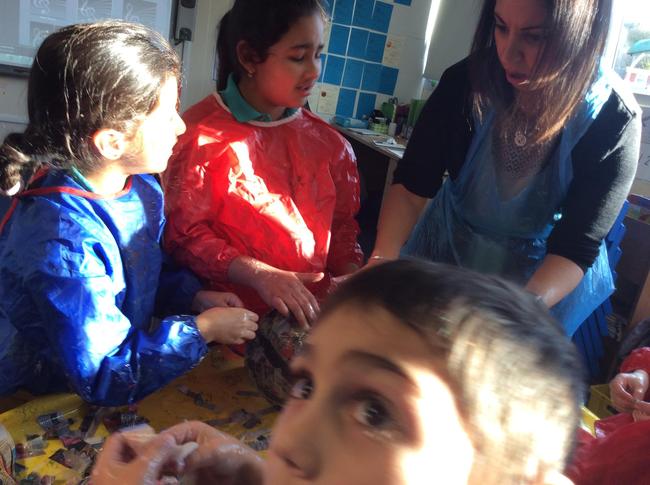 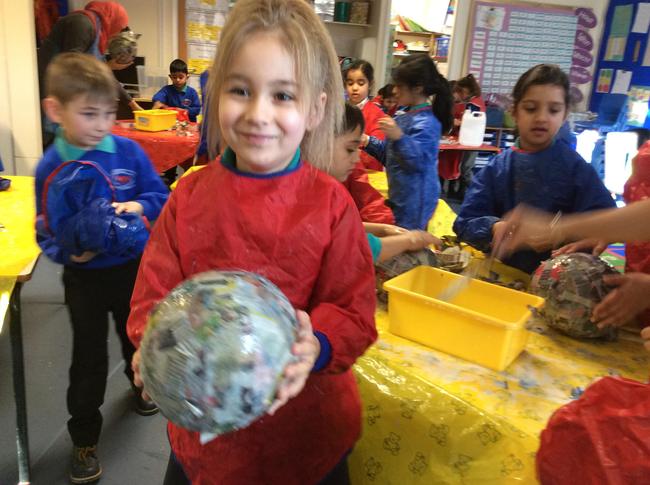 The children have been thinking about looking after birds during the winter. They made bird-food cake using honey and seeds on a lolly stick. 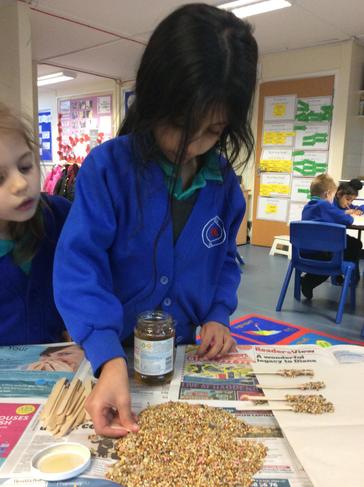 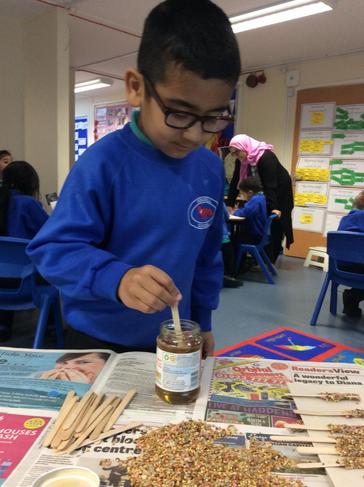 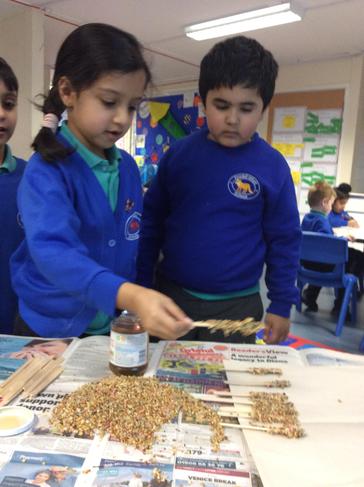 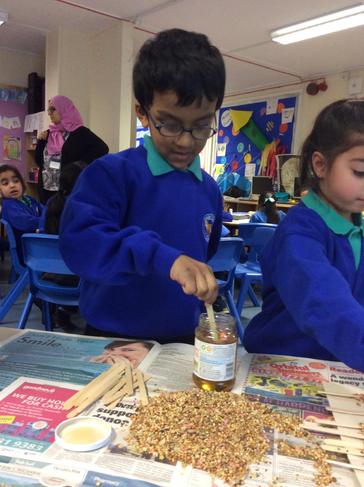 What we have been doing 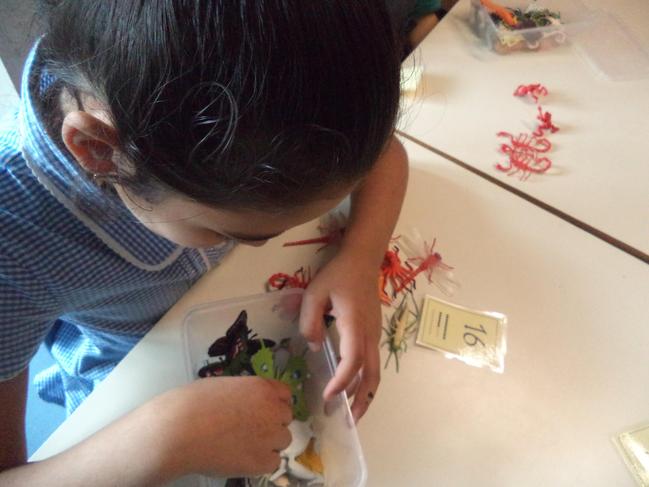 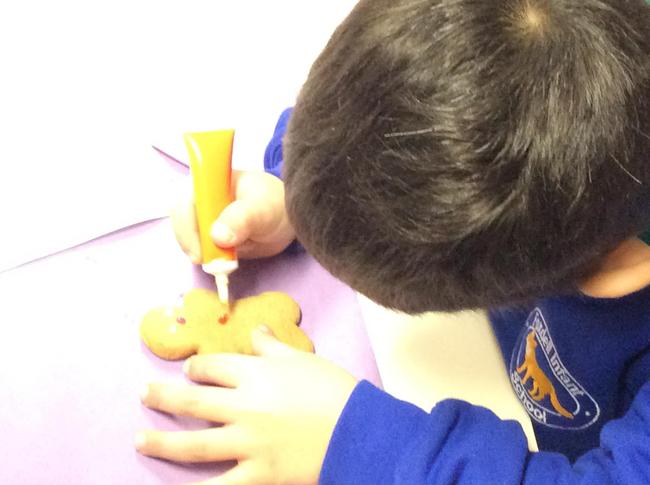 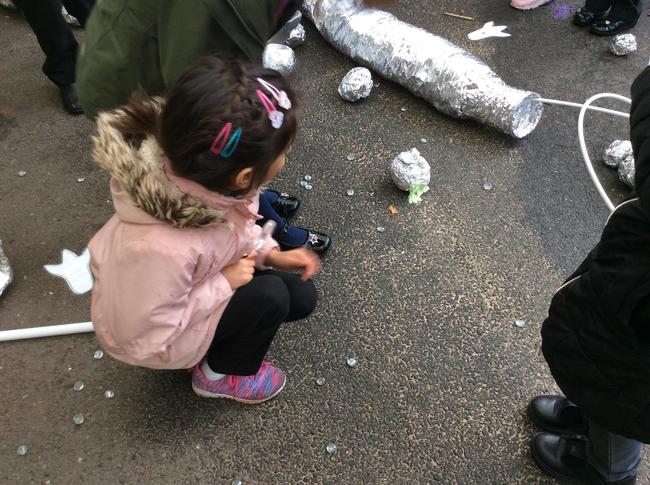 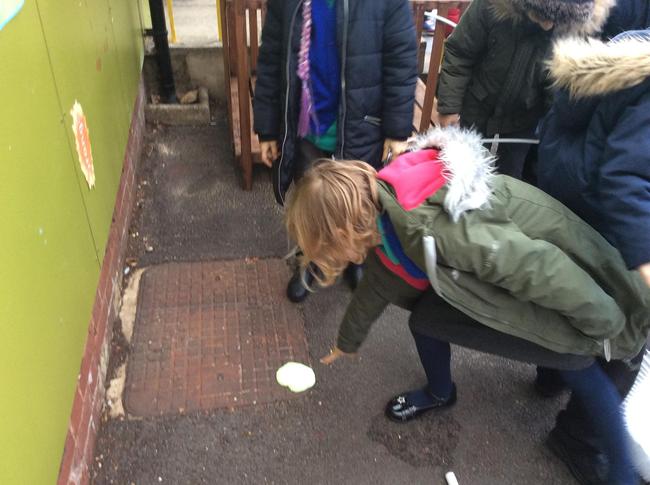 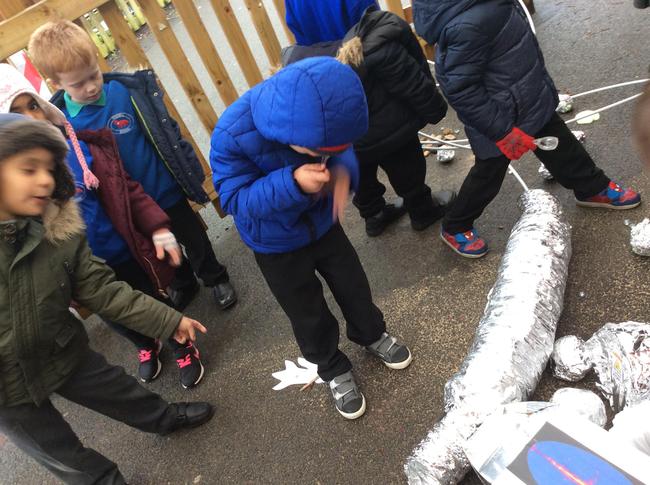 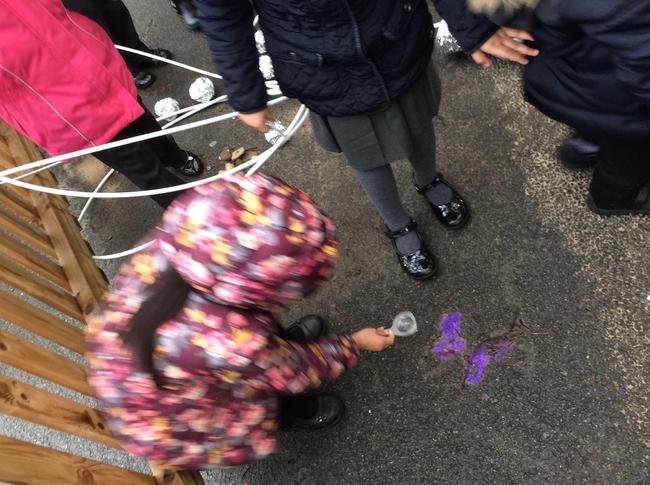 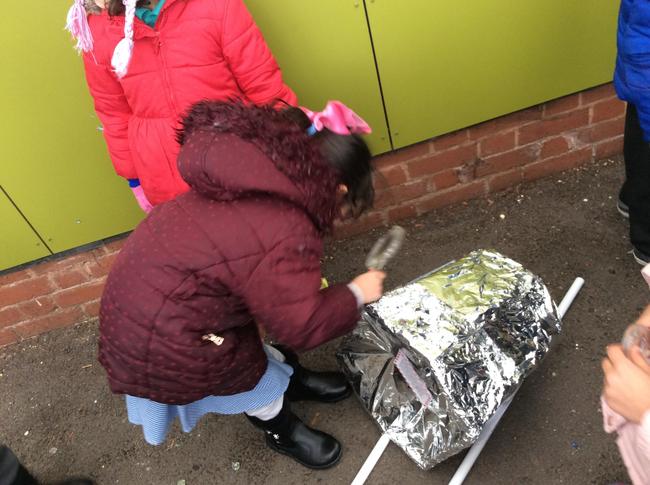 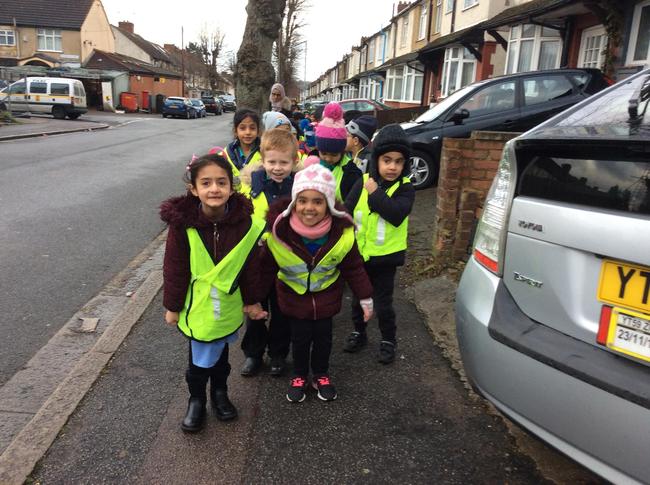 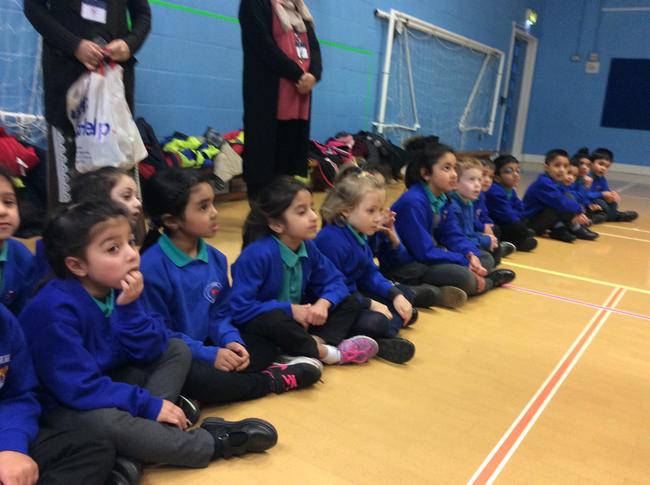 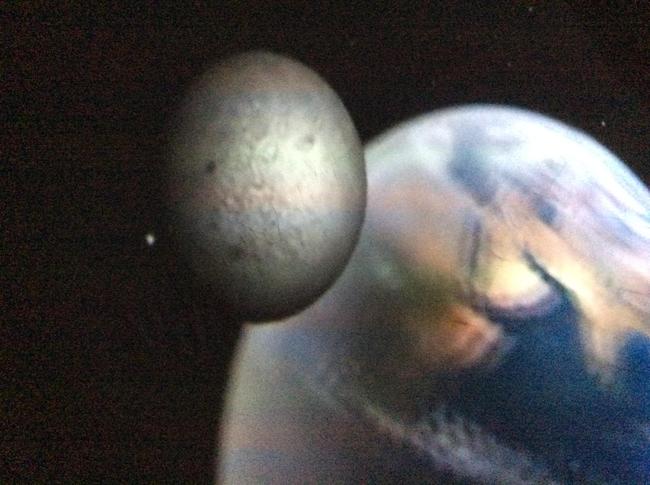 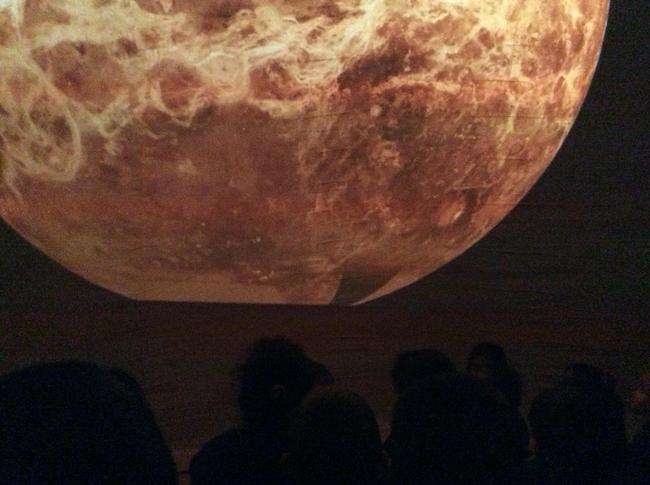 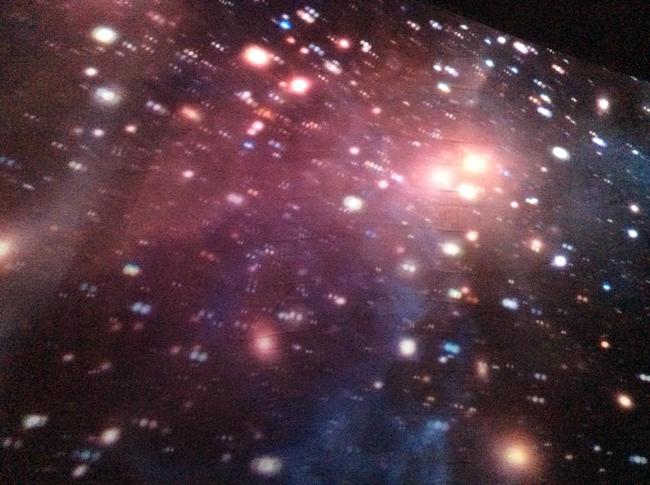 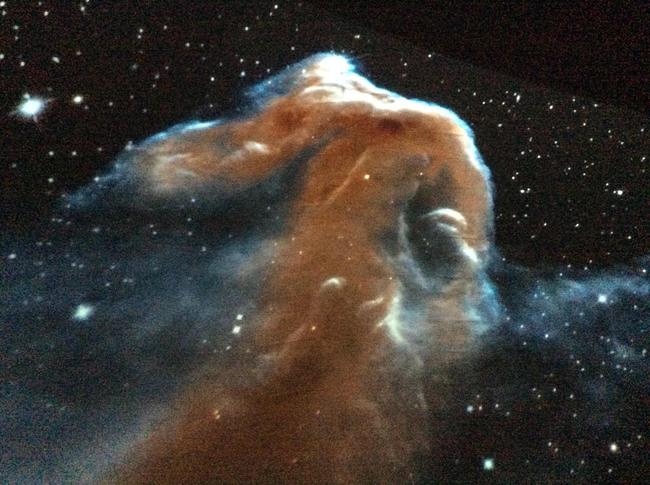